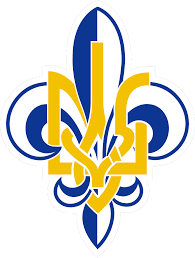 Yurij Danylo Telepko, son of Anna (nee Rakoczy) and Ivan Telepko was born in Chortkiv, Ukraine on September 27, 1938 on the eve of World War II.  Yurko passed peacefully after several long illnesses with family by his side in the early morning hours of November 18, 2021.  When Yurko was two and a half years old he lost his father at the hands of the Russians.  With the onslaught of the Nazis ,Yurko with his mother, grandmother and sister, fled Ukraine eventually landing in Naples, Italy and then later to Salzburg, Austria.  With their husband and father gone, the family encountered many hardships during their arduous journey.  In 1950 Yurko and his family emigrated to New York.  Subsequently, they moved to Philadelphia where Yurko remained until 1996 with his wife and children having been an active member of the Ukrainian community.  He attended Dobbins High School, Drexel University and the University of Pennsylvania.  He worked as an electrical engineer.

Yurko met Yaryna (Yarka) Hrabowensky when he was 17 and she was 14.  They marked their 59th wedding anniversary November 17, 2021.  In 1964 Yurko welcomed a daughter Roxolana and in 1967 he welcomed a son Andrij.  He was also a loving godfather to five children: Askold Lazor, Michael Szilagyi, John Hill, Jr., Yurko Kowalchuk and Christina Rakoczy.

Yurko wholeheartedly loved his Ukrainian heritage and culture and instilled this same love in his children.  For them, English is a second language.  He had a steady hand at pysanky, Ukrainian Easter Egg art and taught his children well.  Throughout his life, Yurko was an active member of the Ukrainian community in Philadelphia as a member of PLAST in his youth.  Yurko also served as an altar boy at the same church where he would later be married.  Later, he served in various capacities including Board of Directors of Ukrainian Savings and Loan.  After high school, Yurko joined the United States Navy.  After being honorably discharged he worked for RCA and was sent to Greenland for 18 months to work on the BMEWS (Ballistic Missile Early Warning System).  During that time he lost his mother.  In 1962, Yurij and Yaryna were married at Christ the King Ukrainian Catholic Church in Philadelphia, where later both of their children were baptized.

The family resided in Philadelphia, PA, Rydal, PA, Kent Island, MD, and most recently in Florida.  Yurko taught himself to be able to do anything around the house, building a second story and addition on their home in Rydal, remodeling their home in Maryland and tinkering always with various projects.  Yurij holds several patents and was one of the first to use microprocessors in designing systems for clients.  Yurij loved science and worked on ENIAC at University of Pennsylvania and UNIVAC at Franklin Institute in Philadelphia.  He also worked on the first credit card verification system.  He gained secret clearance and worked on several government defense projects. Later in life, he taught industrial engineering at two colleges in Maryland.  He worked for several large companies in the Philadelphia area.

As most can attest, Yurko was a man of few words.  He loved the original Star Trek series and skiing, having won a bronze in the senior skiing competition in Hunter, NY.   He attempted to instill the love of skiing in his children.  Andrij took to skiing like a snowman to snow; Roxolana took to it by the seat of her pants!  He also loved imported beers, good food, animals and nature.  Yurij had a green thumb for anything including wine making.  He always enjoyed his pool and swimming late into the day and enjoyed the Gulf of Mexico.  Yurko bought his first used bicycle by delivering the Philadelphia Evening Bulletin door to door.  He loved biking, soccer and tennis. Yurko and Yarka supported Ukrainian artists and amassed a large collection of art over the years.

Yurko was a good soul, a decent man and would do anything for anyone without question.  He was truly a self-made man, a very hard worker and made it on his own.  He was never one to boast and family was everything to him.  We will miss him dearly.

Yurij Telepko is survived by his devoted wife of 59 years Yarka (Yaryna) and his loving children Roxolana Telepko and Andrij Telepko.  He is also survived by his sister Christina Lazor Stecyk, a niece, a nephew and several cousins.

Services and Internment will be private. If anyone wishes to make a donation in Yurko’s (George’s) memory, please consider the following: Ukrainian Museum or the American Cancer Society.

To send flowers to the family or plant a tree in memory of Yurij (George) Danylo Telepko, please visit our floral store.