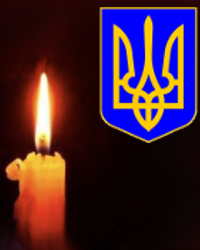 On Saturday August 8, 2020, The Ukrainian Community of Philadelphia suffered a terrible loss.  Mr. Wolodymyr Ryndycz, a long standing member of the Ukrainian American Youth Association (CYM), Organization for the Defense of the Four Freedoms of Ukraine and parishioner of Christ the King Ukrainian Catholic Church passed away.

After the war, he was moved to the Displaced Persons Camp of “Orlyk” in Berchtesgarden-Strub, Germany where he joined the Ukrainian Youth Association CYM and completed the Ukrainian Economical and Administrative College in 1950.

In May 9th 1950 he arrived in the US and settled in Philadelphia, PA.

Starting in 1952 and continuing for over 50 years, Wolodymyr was a part of the Ukrainian American Youth Association as a board member, auditor, vykhovnyk, treasurer and senior advisor.

In 1960 he became a naturalized citizen.

He graduated Peirce College in 1976 with a degree in Business and Accounting.

Wolodymyr was also involved with the Ukrainian Radio Hour, where he served as the treasurer for many years; and for the United Ukrainian American Relief Committee (UUARC) where he served as an auditor. He devoted many hours of the day volunteering for various organizations and was a generous donor for many community and church causes.

He was a factory worker and retired from Penn Ventilator in 1992.

He will always be remembered as a gentleman and was a devoted supporter of the Ukrainian community.  We will all miss his positivity, generosity and smile at Ukrainian events throughout the community.

In lieu of flowers, donations in Wolodymyr Rydycz’s memory can be made to the Ukrainian American Youth Association, Philadelphia Branch, 700 Cedar Road, Jenkintown, PA 19046

To send flowers to the family or plant a tree in memory of Wolodymyr Ryndycz, please visit our floral store.