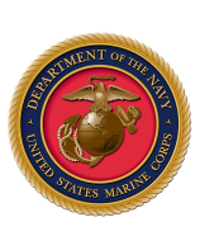 When a man reaches the age of 96, he has been known by plenty of names.  For William John Bowers, his consisted of Bunkey, Bunk, Dad, Pop, Pop Pop and Great Pop Pop.  You could have known him as any of these names.

Bunkey was raised in South Philadelphia and attended Sacred Heart Catholic School.  He was the oldest and last living child of John and Sadie (Cloney) Bowers.  He had two sisters and one brother: Eleanor, Mary and Jack.

Bunkey enlisted in the Marines in early 1942, inspired by the events of Pearl Harbor.  He served in the Pacific Theater of World War II and was honorably discharged in 1946.  Mr. Bowers was a truck driver by trade and, when he returned from the war, went to work driving a truck for a sugar company that would become Domino Sugar.  He worked for them for almost 30 years.  Bunkey retired from driving a truck in 1982 after working for Emery Air Freight.

Although he was a truck driver by trade, he was also a very skilled handyman; he taught his sons how to fix items around his home.   Both of his sons would still contact their Dad even as he entered his 80's if they wanted to know the 'right way' to accomplish something around the house.

After serving with the Marines, Bunkey came home to the Philadelphia area; he and his wife purchased their home in South Philadelphia in 1950 where they still lived today.  They raised their two children in this home which became the gathering place of everyone during holidays.  Bunkey was South Philadelphia through and through; he spent time as a Mummer and was a regular at services at Sacred Heart Church.

William John Bowers: Bunkey, Dad, Pop, Pop Pop, Great Pop Pop will be missed by all who loved him.

Visitation will he held Saturday at Sacred Heart Church at 9 AM.  His Funeral Mass will be celebrated at 10 AM.

PLEASE WEAR FACE MASKS AND KEEP YOUR SOCIAL DISTANCE AT THE REQUEST OF THE FAMILY AND THE PARISH.

To send flowers to the family or plant a tree in memory of William J. Bowers, please visit our floral store.