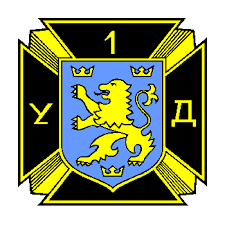 Wasyl Soroka went to eternal rest with the Lord, surrounded by family and friends, on November 30, 2020 at the age of 96 years.

He was born April 24, 1924, son of Wasyl Soroka and Maria Petryniak, in Babyno, a small rural village outside of Lviv, Ukraine.  Wasyl was one of five children.  In his youth, he studied at a teaching college in Poland and became proficient in several languages.  After WWII, he immigrated to Todmorden, England and met his first wife, Joyce Mills with whom he had four children, Taras, Olha, Marilyn (Lyn), and Wasyl.  He, Joyce, and Taras arrived in the United States in 1953 and settled in Philadelphia, PA, and he was proud to become a U.S. citizen.  He worked hard for his family and became a tool and dye tradesman for RCA and later Budd Company.  In 1979, he married his second wife of 41 years, Jozefa.  He was devoted to his family sharing his humor, wisdom, and love.  His last year was spent in Escondido, California at Park View Villa, a family owned Residential Care Facility.

He will always be remembered for his love of God, family, and country and forever appreciated for his spirit of strength, endurance, and faithfulness which will remain as his legacy to all who knew and loved him.

On April 24, 2021 a mass will be held at St. Michael The Archangel Ukrainian Catholic Church, Jenkintown, PA followed by an interment at St. Mary’s Cemetery (Ukrainian Veterans Section), Elkins Park, PA followed by a reception.

Memorial donations in memory of Wasyl Soroka can be made to the Ukrainian Educational and Cultural Center.

To send flowers to the family or plant a tree in memory of Wasyl Soroka, please visit our floral store.