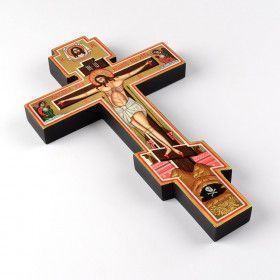 Olga Samilo Candelori was called home to the Lord on April 6. She passed peacefully at home after a long illness in the presence of her family.

Olga is predeceased by her beloved husband John.  She is survived by her daughters Neeva-Gayle and Melaney; Melaney’s husband Chris; her cherished grandson John Morgan; her niece Rachel, her husband Joe, and their son Mark.  Olga is also survived by numerous members of her extended family, and many dear friends whom she considered family

Olga was born in the small town of Lachine, Quebec, Canada to Archpriest Roman and Matushka Anna Samilo, where they lived a simple and humble life.  She moved to Chester, PA with her family in her teens and became a naturalized US citizen.  She went to work at Sears where she proudly became the manager of the secretarial pool.  It was there that she met her husband of 56 years, John.

John and Olga married in 1965.  In 1966, John and Olga moved to their current home in Cherry Hill. In 1969 they welcomed their first daughter, Neeva-Gayle, and in 1971 they welcomed their second daughter Melaney.  In 1996 they celebrated their daughter Melaney’s marriage to her husband Chris Bedard, and in 2012 were thrilled to welcome their grandson, and John’s namesake, John Morgan.

Olga was known for many things, her love for her family, her devotion to her church, her hospitality, her love of travel, and her loyalty to her friends.  She was a devoted member of St. Michael the Archangel Russian Orthodox Church where she was the Superintendent of the Sunday School and an active participant in many activities.  She loved going on cruises and trips to the casino.  She didn’t like to cook but loved to entertain, and was never happier than when she was surrounded by her friends and family.

The family would like to thank everyone who has reached out to them and shared their love for Olga and their favorite memories.  Your support and love through this difficult time has been and is deeply appreciated.

Services will be held to celebrate Olga’s life at St. Michael the Archangel Russian Orthodox Church on Monday, April 11, beginning with a viewing at 9 AM and Requiem Services at 10 AM. Graveside services at Lawn Croft Cemetery and a luncheon will follow.

In lieu of flowers, the family asks that donations be made in Olga’s name to St. Michael the Archangel Russian Orthodox Church in Philadelphia, PA

To send flowers to the family or plant a tree in memory of Olga Candelori, please visit our floral store.