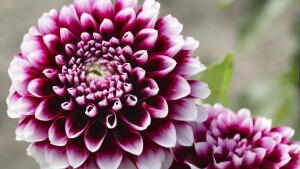 Mario Amaro of the Fairmount section of Philadelphia passed away on Wednesday, August 25, 2021, at the age of 90.

Mario was born in Monterrey, Mexico on March 3, 1931, to Santos Amaro and Josefina Mora Amaro.  The oldest of two sons, Mario was born into a pro baseball family; both parents and his late brother Ruben Amaro Sr. played professional baseball.  Although Mario was skilled in playing ball, he decided to concentrate on studying medicine.  He attended medical school in Cuba and did his residency in Columbia-Presbyterian Hospital in New York City, NY and practiced Anesthesiology and family medicine for many years.  Mario met his late wife, Martha Amaro, at St. Joseph's Hospital in Philadelphia where she was a nurse, and he was a resident. They were married for 36 years.

Mario was often seen in his Fairmount neighborhood greeting everyone with "Que Pasa" and addressing his family and friends as "Sweetie."  After he retired from medicine, he was often seen walking everywhere in the community well into his late 80's. Mario loved science, especially chemistry, and constantly read books and journals on the subject.  He was a daily visitor to the Free Library of Philadelphia, where he would read for hours.

Mario was preceded in death by his wife, parents and brother.  He is survived by his children Christine Pryszlak and Lydia Amaro and grandchildren Emilia Pryszlak and Alexandra Pryszlak.

He will be dearly missed and always remembered.

To send flowers to the family or plant a tree in memory of Dr. Mario Amaro (Mora), please visit our floral store.