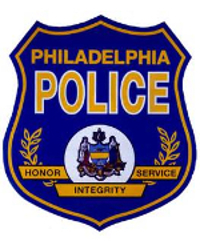 Casey Edward Kandel of Fairless Hills passed away on June 10, 2022, surrounded by family and friends at the age of 32.

Casey was born June 26, 1989, in Philadelphia, PA and grew up in Fishtown.  He was a graduate of North Catholic High School and Philadelphia University, a dedicated member of the Philadelphia Police Department, and a certified EMT.

Casey loved being active.  He enjoyed both mountain and road biking, skateboarding, tinkering on his cars, motorcycles, guns, computers, and anything he could fix himself after a quick YouTube tutorial.  He also enjoyed playing music and learning new instruments.  Casey was so proud to become a homeowner and a first-time dog dad to Joakim.  Reluctantly he also became very fond of two noisy Cockatiels, Coco and Kiwi, who whistled for him when he woke up and after coming home from a shift.

As a newly minted suburban homeowner he embraced the gardening life, inventing his own watering system and garden beds.  In fact, he was so proficient he was able to grow enough cucumbers to try and start a pickling business with his wife.  His district greatly enjoyed this fledgling endeavor.

Casey’s calling in life was always to help people.  He was selfless and always put others needs first.  He was the type of guy who would give you the shirt off his back if anyone he knew needed it.  He was great with people and knew how to hold a conversation with anyone.  If a situation became tense, Casey would use a well-timed joke to break the ice.  People were naturally drawn to him and there was never a person who had a bad thing to say about him.

As a police officer he diffused most situations with a calm manner using his Bio Psychology degree to better understand individuals and situations.  He graduated from the Police Academy on January 17, 2014, beginning his foot beat in the 39th District.  From there he was transferred to the 17th where he stayed until his death.  Casey made lifelong friends and family there.  He never shied away from mentoring newer officers, providing support to learn the ins and outs of the departments.  He helped make a difference in the community by befriending residents and business owners.  Casey would have been promoted to Sergeant this fall.  He was so excited with this new journey, and he would have done an amazing job.

Casey was also a member of MIRT (Major Incident Response Team) where he was tasked responding to large scale events including the Pope’s visit to Philadelphia, sporting and concert events and visits by dignitaries.  During the start of the pandemic, Casey was part of the Covid response team assisting residents with medical needs.

He is survived by his wife Allison; his mother Patricia Kandel (the late Kevin MacDonald) ; brothers Stephen and Michael; niece Bella and nephew LJ; in-laws Eugene and Linda Alexandroff; grandfather-in-law Alexander Lepesha; and grandparents Phillip and Beth Kandel; godfather of Marnie and Declan; and many other aunts, uncles, cousins, and friends including Dorothy Cerasi.  He was preceded in death by his maternal and paternal grandparents Emery (Pat) and Mary Hill and Mary and Richard Hammond.

Calling hours will be on Wednesday and Thursday from 6-9 PM at the Fletcher-Nasevich Funeral Home, 9529 Bustleton Avenue, Philadelphia, PA.  The funeral will be held on Friday at 11 am preceded by a viewing from 8:30-10:30 am at St. Anne Church, 2328 E Lehigh Ave, Philadelphia, PA.  Burial will be at Oakland Cemetery in Philadelphia.  The family asks, in lieu of flowers, contributions in memory of Casey be made to Police Survivors Fund and Hero Scholarship Fund.

A GoFundMe page has also been established to benefit his wife and family.

To send flowers to the family or plant a tree in memory of Casey E. Kandel, please visit our floral store.

A Memorial Tree was planted for Casey

Join in honoring their life - plant a memorial tree