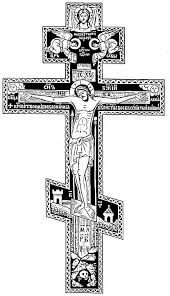 Reverend George J. Johnson, beloved husband of Jill A. Rupinski, fell asleep in the Lord on Tuesday, May 14th 2019.

Father George Johnson was born in Bordentown, New Jersey.   Fr. George dedicated his life to the care and concern of others continually touching the lives of as many individuals in need as possible.

As a youth he was placed in a Roman Catholic orphanage in New Jersey, dates unknown, then became a Ward of the State, perhaps from the age of 10 to 18 years which included three foster homes.

At the age of 18, George Johnson took a job at the Newark Evening newspaper and became a photographer’s assistant.  While on a location shoot, he heard the Roman Catholic Bishop Fulton J. Sheen speak.  The charismatic Bishop, who evangelized on TV, inspired George to dedicate his life to helping others in need.
George studied at the General Theological Seminary of the Episcopal Church on the west side of Manhattan.  George completed his training and chose to help the poor in the United States. George followed that path to work with the poor in Appalachia in preference to becoming an ordained minister to the more affluent of the world.

From 1961 to 1967 he volunteered at Catholic Worker St. Joseph House, a hospice for homeless men in Manhattan. While there he lived the self imposed vow of poverty, chastity and obedience, while working with men suffering from personal and family problems. While at the Catholic Worker, George shared a room with James Forest, co-founder of the Catholic Peace Fellowship

In 1967, George came to Philadelphia with another Catholic Worker volunteer to help found Joseph House branch in Philadelphia and do the same work that he had done in New York.   He worked in the local community to help quell violence in “gang warfare”.

After leaving Joseph House in 1971, George focused his efforts volunteering at Saint John’s Hospice, a Roman Catholic Social Services shelter for men located in Philadelphia.  Acquainted with the founding members of the hospice, The Little Brothers of The Good Shepherd, he worked there until 2002.

In 1975, through the auspices of other religious organizations, he traveled to Erie, Pennsylvania, and founded a mission under the patronage of Saint Herman of Alaska. There, he continued his work with the poor and inner-city youth.   He obtained observer status on the Erie counsel of Churches in 1973.  He served as an “amicus curiae”, (friend of the court) in the court, prison and probation system.  He was an effective advocate for his clientele in matters of social services. From 1981-2016 George Founded and Directed the Society of Saint Basil Major; it was a voluntary pious society for clergy and laity, bringing together spiritually minded people devoted to corporal works of mercy.

Father George Johnson was ordained into the holy priesthood at St. Nicholas Patriarchal Cathedral, New York City, NY, on March 10, 2002, and assigned to St. Andrews Orthodox Cathedral, Philadelphia.  He was loved by the parishioners and will be missed.  Father George is survived by his wife Jill Alexandria Rupinski, (Matushka Alexandra).

A Panikhida for Father Johnson will begin 7:00 PM Friday, May 17th, at Saint Andrew's Russian Orthodox Cathedral, 707 N. 5th Street, Philadelphia, visitation will continue until 9:00 PM.   A Divine Liturgy will be celebrated 8:00 AM Saturday, May 18th at Saint Andrew's with a Funeral Service for a Priest to begin at 9:30 AM. Burial will follow at Holy Cross Cemetery in Yeadon , PA.

In lieu of flowers, donations in Father Johnson's name can be made to Saint John's Hospice, 1221 Race Street, Philadelphia, PA 19107.

May Father Johnson's memory be eternal!