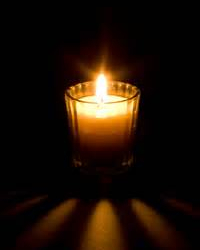 Anna Ugryn (maiden Stuparyk) was born in Zadubrivzi village, Pokuttia region of Ukraine, in the family of the village elder’s son, Mykhailo, and Paraskoviya (maiden Mykolaichuk) Stuparyk on December 25, 1925.  She attended a private school for girls, and later a teaching college and worked as a teacher of Ukrainian language and literature in Pisten village school.

Raised to be a patriotic Ukrainian, Anna joined anti-soviet resistance when the soviets advanced on Western Ukraine in 1941, and joined Organization of Ukrainian Nationalists (OUN) and eventually Ukrainian Insurgent Army (UPA) where she served as a communications officer (code named Olga).  Eventually, she was captured and convicted by the soviet regime.

As “an enemy of the soviet people,” Anna was sent to Kazakhstan, where she re-united with her long-time friend and a fellow resistance fighter Stepan Ugryn who was recently released from his ten year GULAG sentence.  They married on May 19, 1955.  In Kazakhstan, they had a daughter, Svitlana, who unfortunately did not survive the birth, and later went on to have two healthy children, Marta in 1959 and Liubomyr in 1962.

The Ugryn family was not allowed to re-locate to Western Ukraine by the communist regime, and they moved many times to Vorkuta, Donetsk, and Kryvyi Rih before finally receiving permission to re-settle in their native Ivano-Frankivsk in 1972.  As the enemy of the soviet regime, Anna was not allowed to return to teaching, and worked as a bookkeeper before retiring at age 68.

Anna’s two children gave her five grandkids:  Natalia, Rostyslav, Khristina, Marta, and Nazar.  The family remembers most Anna’s famous sense of humor, inherited from her father’s family, her beautiful singing voice, and her knowledge of many Ukrainian folk songs and carols.  She was a huge dog lover (an affection that was very much reciprocated), and was known to feed and care for neighborhood animals.  Her family will tell you that Anna enjoyed feeding not only animals but also people, and no one could refuse her generous hospitality.  She was a master of embroidery and left behind a legacy of beautiful Ukrainian embroidered pillows, towels, and shirts that the family will treasure for generations to come.

After 47 years of marriage, her husband Stepan passed away in 2002, and Anna moved to the United States to join her daughter, son, and their families in 2004, and eventually became a naturalized American citizen.

Anna died peacefully in her home on Wednesday, May 1, 2019.  She is survived by her daughter, Marta, son-in-law Yaroslav, daughter-in-law Liuba, grandchildren Natalia (with husband Ivan), Rostyslav (with wife Julia), Khristina (with husband Michael), Marta, and Nazar, and great-grandchildren Maria, Ivan, Lukas, Alexander, and Sophia as well as by nieces Liuba and Oksana with their families.

Anna’s viewing will begin 9:30 AM on Tuesday, May 7th, at St. Michael The Archangel Ukrainian Catholic Church.  Requiem Liturgy will be celebrated at 10:30 AM.  Interment to follow at Saint Mary Ukrainian Catholic Cemetery in Elkins Park, PA.   In lieu of flowers, memorial donations in Anna’s memory can be made Ukrainian Youth Association (CYM).

To send flowers to the family or plant a tree in memory of Anna Ugryn, please visit our floral store.